San Antonio Spurs guard Tony Parker was unstoppable for France as he led them to an 82-60 victory over Great Britain on the first day of the London International Basketball Invitational.

Parker finished with 25 points, seven rebounds and four assists to lead the French national team, who looked rattled early before cruising out to a comfortable victory.

Parker went to work early on, using his quickness to exploit matchups, however, hot shooting from Reinking kept GB up as they led 6-5 just under midway through the first period.

A Noah putback off a missed Parker free throw gave France their first lead of the game, 16-15, but Lawrence made a nice move to the basket down the other end, scoring on a layup to put GB back up 17-16 with two minutes left.

France was relentless, piling on the pressure to finish the first quarter up 20-18 behind 10 points from Parker.

The game was pretty close during the first half as Team GB wouldn’t give up easily. Nonetheless, France went into the halftime break with 34-29 lead, behind Batum’s eight points.

In the third quarter, France tired to pull away. Leading 41-33 with seven minutes left in the period, Parker led a third quarter onslaught with 13 points, as France increased their lead to 60-48 heading into the final period.

In the fourth quarter, Freeland and Richards checked in making their presence felt, helping Team GB to reduce the deficit to just eight points (64-56) with 6 minutes left to play.

However, with Parker watching from the bench, Team France refused to collapse, going on a run of their own as they took a 72-56 lead with 3 minutes left to play and cruised the rest of the way.

Team France will play against Australia tomorrow, while Team GB will face Croatia. 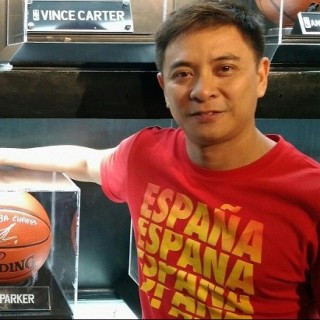 A Husband. A Son. A Brother. Systems Administrator. Fitness enthusiast. Freelance writer. Loves his Family and the Spurs